A Day to Celebrate!

World Wildlife Day is the most important global annual event dedicated to wildlife. On the 3rd of March in 1973 the Convention on International Trade in Endangered Species of Wild Fauna and Flora (CITES) was born.

CITES is an international agreement between governments with the purpose of regulating the trade of species and preventing them from being over-exploited. Today approximately  5,800 species of animals and 30,000 species of plants are protected by CITES – including two of the six species of sloth!

The 3rd of March is an opportunity to celebrate the amazing biodiversity that we share our planet with, and to raise awareness of the problems threatening the delicate balance that sustains all life on Earth.

Everyone is at risk

Today the biodiversity our planet is facing lots of dangers. The devastating impacts of climate change are not only affecting people: wild species also suffer from heatwaves, intensified storms, droughts and floods.

Last year the world was shocked by the intentional bush-fires that were started in Brazil to clear land for livestock. It is hard to calculate the sheer number of plants and animals that were lost in the Amazon Rainforest fires. Sloths were likely one of the most affected species in this disaster, however no one currently knows how badly the populations were affected. Sadly, this catastrophe was soon exceeded by the total ecosystem destruction that occurred with the Australian bush fires.

The recent and ongoing Coronavirus outbreak also highlights the dark side of the wildlife trade. Experts think that the virus jumped from animals to people at a wildlife market in China. In response the government have banned the buying, selling, and eating of wild animals in an effort to prevent zoonotic diseases from spreading. This is great news, but do we really need to wait for a viral epidemic before we act on these issues?

Today about 40% of modern medicines come from rainforest plants. That is an impressive statistic when we consider that only 5% of Amazon plant species have been studied for their potential medicinal benefits.

Even our beloved sloths may have closer links to our own health than we ever realised. Sloths carry a unique ecosystem in their fur: a colony of moths (called ‘sloth moths’) and several different species of green algae and fungi that provide wonderful camouflage for the sloth.

When studying fungi from sloth hair, researchers “found a broad range of activities of the fungi against bugs that cause malaria and Chagas disease, as well as against human breast cancer cells.” Could sloths be carrying the cure to cancer in their fur? It is certainly possible! What other possible cures might be out there? Estimates suggest that the total number of fungi species in the world exceeds 5 million, yet fewer than 100,000 of these have been described.

How many other amazing opportunities for improving our health and social development are we missing due to the high rates of habitat and species loss?

Why is this important?

Last year it was declared that the rapid loss of biodiversity is just as catastrophic for humanity as climate change. One million animal and plant species are now threatened with extinction – with serious consequences for human beings as well as the rest of life on Earth.

The links between biodiversity and nature, and things like food security and clean water in both rich and poor countries are undeniable. The richness of species and the interactions among all living creatures is what makes this an inhabitable planet. If we lose this richness, our own existence – not only as a civilization – but as a species, is at risk. Humans will become the last endangered species if we continue down this path.

It’s not too late, but we have to act now!

With the news full of apocalyptic stories of wildfires and species extinctions, it can be easy to feel hopeless and overwhelmed – but please don’t ever underestimate the power that you have in your small day-to-day actions.

One person at a time, one day at a time, and one project at a time, we all have the ability to make a serious difference that will leave a lasting impact on the world.

What are you going to do today that will make the world a better place? You could leave the car at home, order the vegetarian option for dinner, turn off the water while you brush your teeth, or skip that extra coffee and use the money saved to plant a tree for sloths instead! 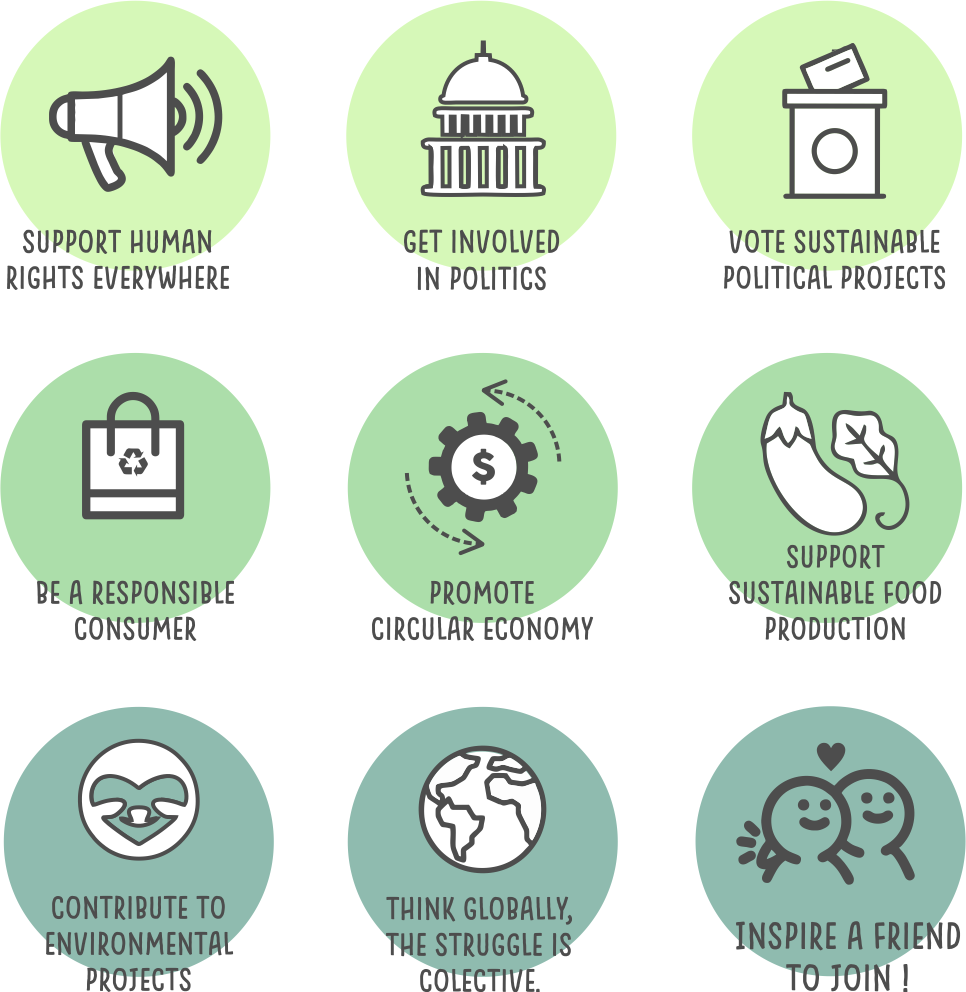 The time to take action is now!