What do you call a Group of Sloths?

You have probably heard of a murder of crows. What about a parliament of owls? A shrewdness of apes? A bloat of hippopotamuses? Who came up with these terms?

As it turns out, collective nouns (the words used to describe gatherings of things, particularly people and animals) date back to the middle ages, though collective nouns continue to evolve to this day.

In 15th century England, coming up with names for game animals was a popular pastime and many of the collective nouns we know today were created during that time period.

A murder of crows, as the name suggests, likely came from the suspicions of 15th century peasants that a group of crows was a bad omen. A parliament of owls may have originated with the Greek goddess of wisdom (Athena) which was later referenced in Chaucer’s poem “The Parliament of Fowls” and in C.S. Lewis’s famous book, The Chronicles of Narnia.

Although it is a whimsical activity to come up with names of animals in groups, I think it should be recognized that many of our great herds, schools, and flocks of animals have disappeared over the course of the last few centuries.

The famous extinction of the passenger pigeon, the decimation of the American bison, and the many more species today whose numbers are dwindling due to habitat loss, poaching, the pet trade, and climate change – just to name a few. 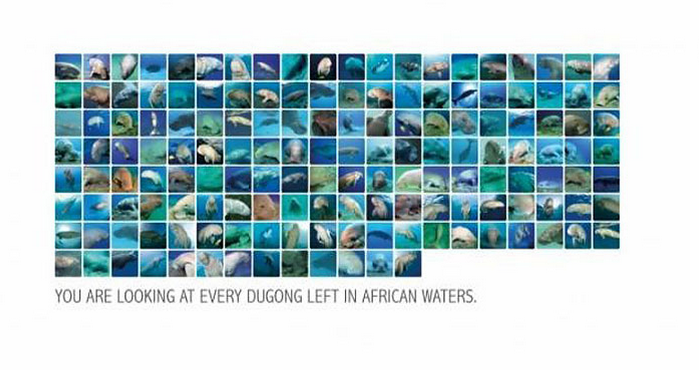 But in addition to the losses, there have been incredible stories of recovery. In 1941, there were only 15 whooping cranes left in the wild. Through careful breeding programs and by teaching Whooping Cranes how to migrate using airplanes their numbers have rebounded to over 500 cranes in 2018.

The Black-footed Ferret, thought extinct on two separate occasions has also made an incredible comeback. Our neighbors here in Costa Rica, Ara Manzanillo, are successfully reintroducing Great Green Macaws, a stunning bird that was once locally extinct.

Thanks to the hard work of conservationists, we are once again able to witness a sedge of wild Whooping Cranes, a busyness of Black-footed Ferrets, and a flock of Great Green Macaws in the wild. Given the opportunity and the proper protection, many species have the remarkable ability to bounce back.

A collective noun for sloths

Here at SloCo we are doing the same. We are doing our upmost to support the rehabilitation and conservation of sloths so that they can continue to exist in abundant numbers in the wild.

Although sloths are solitary by nature, when sloths are living in rescue centers they are often cared for in groups. This helps with stress reduction and ensuring the young orphans can thrive.

When an orphan sloth has lost its mom, the next best thing to cling onto is another living, breathing sloth. For this reason, orphan sloths in rescue centers can often be seen all clinging onto each other in a  large furry ball.

What should we call them?

There is no recognized collective noun for a group of sloths like this, and so we decided to give our supporters the opportunity to decide on one! The great thing about collective nouns is that the ‘official’ recognized term is actually just the most commonly used one.

There isn’t anybody sitting behind a desk keeping records and approving these things. If the majority of people use a particular word, then that word automatically becomes the recognized term.

Bearing this in mind, we asked 125,000 of our followers on social media what a group of sloths should be called. We whittled down the suggestions to the 4 most popular terms and then we pitched them against each other in a round of polls – here are the results: 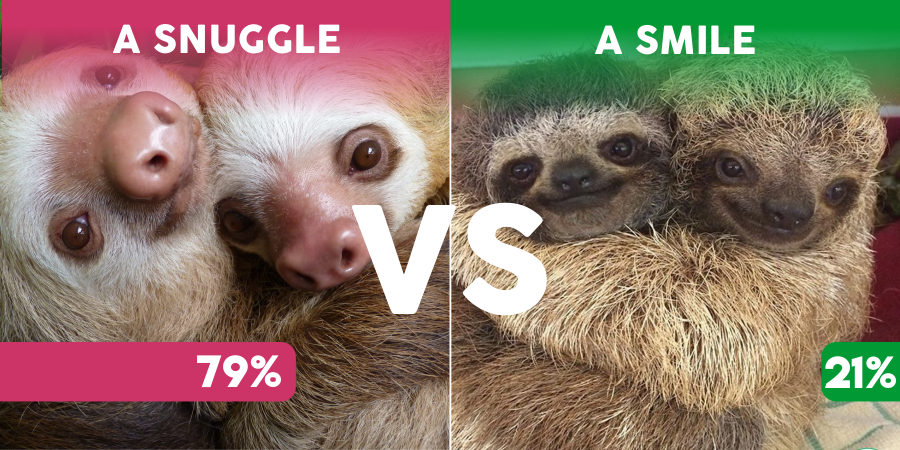 A Snuggle of Sloths

As you can see, a “snuggle” of sloths was the resounding winner, which now makes this the most popular term for a group of sloths! Although you may never see a snuggle of sloths in the wild (except perhaps on rare occasions), we want to make sure there is at least the possibility of witnessing such an event!

In a healthy rainforest ecosystem, scientists think that sloths should make up more than 50% of the total mammalian biomass – that means that there should be a LOT of sloths (which presumably is how a slow-moving animal can’t travel very far avoids inbreeding).

Through our various conservation programs, we are working hard to keep sloth populations healthy and abundant in Costa Rica. There are many ways that you can help us to achieve this – I mean, who wouldn’t want to see a snuggle of wild sloths in the future?