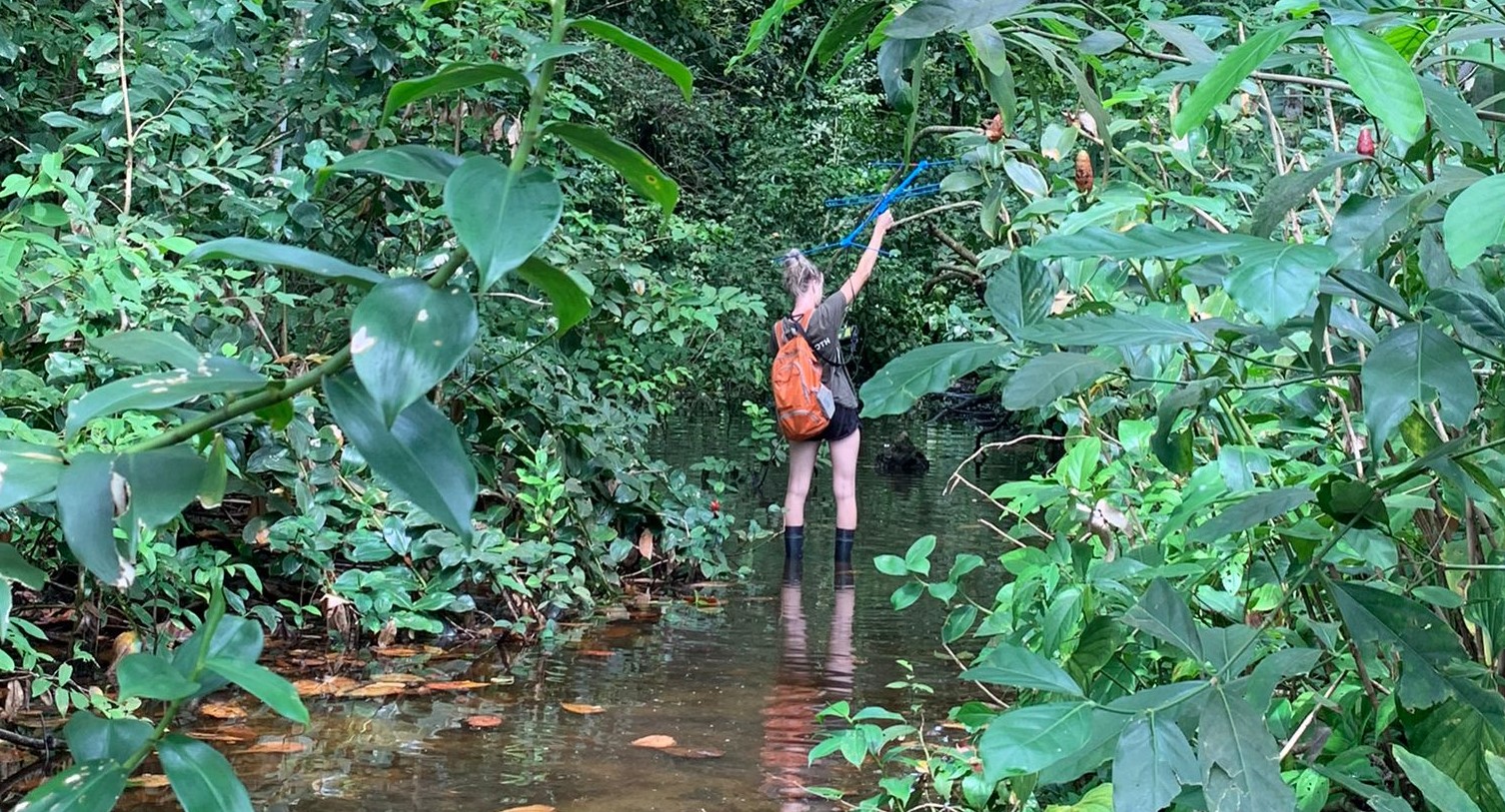 We are tracking a sloth named Alan through the Cacao Forest, which I am thinking of renaming the Fairy Forest, because the lack of visibility and the way the radio signals bounce around is truly otherworldly. Also, the Bermuda Triangle is already taken.

It all started about a month ago, when our radio antenna went missing (“I didn’t lose it!” Sarah insists, “It was stolen!”). For a few weeks we had to use one of our less reliable antennas, which resulted in our sloth tracking efforts looking more like one of those rigged carnival games where you spend about three hours and hundreds of dollars trying to win the impossible giant teddy bear, only our teddy bears live in trees and their fur has its own ecosystem.

One day, while Amanda was out with said unreliable equipment, some guy comes up and asks her what she is doing. This sort of thing happens all the time; people see someone covered in SloCo logos pointing a bunch of tech at a tree and they get curious. Amanda starts telling him a bit about our Urban Sloth project, but this guy isn’t interested in sloths, he wants to know about the radio antenna.

Specifically, he wants to know if the antenna is worth a lot of money. This sounds highly suspicious.

“No, they’re super cheap. Just hard to find down here.” Amanda shrugs, as if this is of no consequence. “We already have another one on order.” (The antennas are actually really expensive.)

The guy looks disappointed. He offers to sell us a blue antenna that just so happens to exactly match the description of our missing one. Luckily for SloCo’s budget, Amanda has the street smarts to handle this situation, and after a bit of haggling, he gives her the antenna in exchange for her phone number.

Now we have our nice antenna back, but unfortunately for Amanda and I’s chances of finding Alan today, we don’t seem to know how to use it. Our other antennas are pretty straightforward: there’s a handle on one end and an array of wires on the other– you point it in a direction and hope it beeps. This blue antenna folds out into a 360 degree array of wires on a handle you hold above your head. It looks like something you could use to receive signals from outer space.

Right now UFOs seem like a very plausible explanation for where our sloths went, because every time we think we’re getting a signal, it fades as we start to follow it. It’s extremely frustrating.

“I know what you mean.” I tell her. “It’s like it’s pointing us AWAY from the… oh no.” I have a terrible thought. “Amanda, how do we know which way our antenna is pointing?”

“Because the handle has grips on it.” Amanda is fiddling with the dials on the receiver box. “There’s only one way to hold it.”

“The handle which has a fastener on it? That allows it to easily flip in the other direction?”

She stops adjusting the receiver box and gives me a look that says she has not had enough coffee to deal with this situation. “Are you serious? Have we really spend ALL DAY finding nothing because we were POINTING THE ANTENNA THE WRONG WAY?”

I sigh, flip the grip around, and hold the array out to her. She gives it the same look my cat gives a bathtub full of soapy water.

I don’t always know what’s real either, and the only way to find out is to question our assumptions; up to and including the fundamentals, such as you how to hold a once-stolen, bright blue UFO signaling device with a thoughtfully ergonomic grip.

Amanda drains the last of her coffee from her travel mug and trades it to me for the antenna. “Ok,” she says, hoisting it above her head. 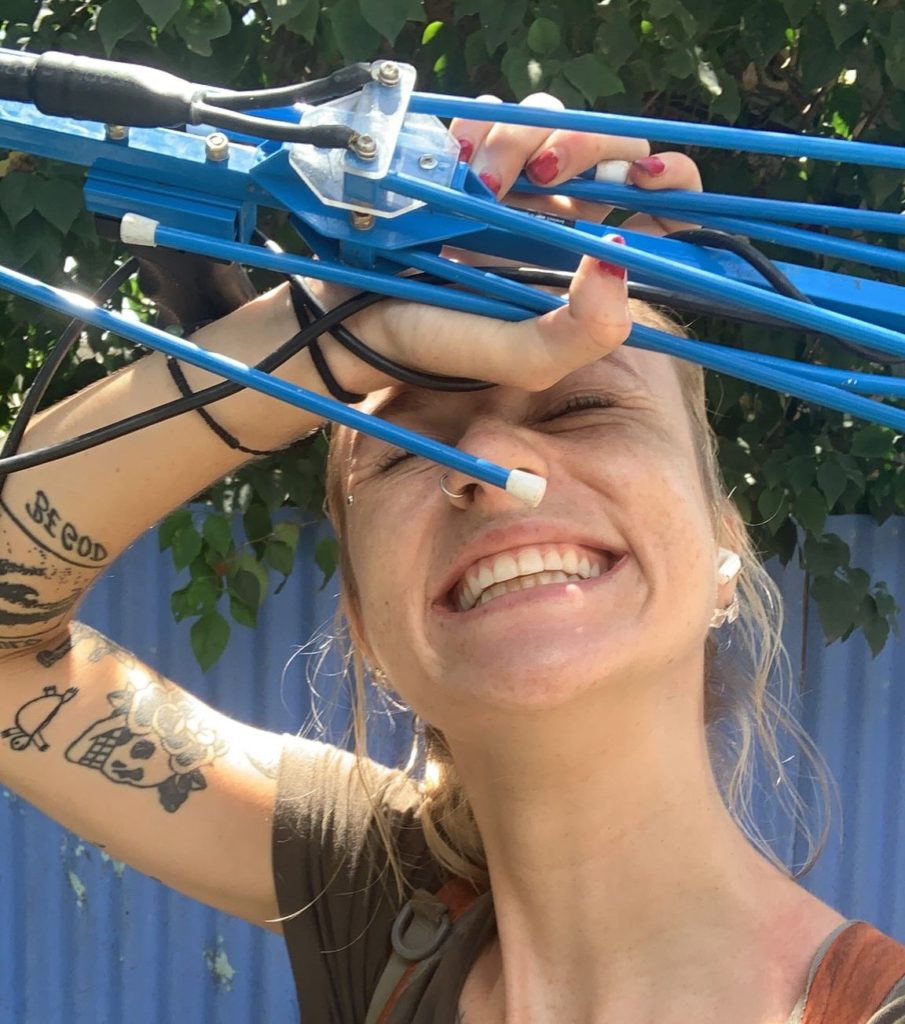