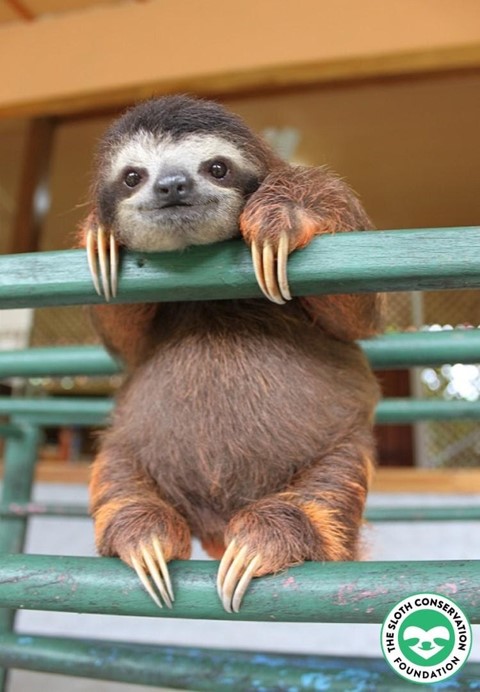 The true stories behind these famous baby sloth photos

With a following rivaling that of the Kardashians, these baby sloths will never know just how famous they have become.

Note: Many of these baby sloths were photographed in rescue centers. SloCo is not a rescue center but we work closely with wildlife rehabilitation organisations on research and education initiatives to further our understanding of these unique creatures.

This is Miracle, or ‘Mira’ for short- she was found on a forest trail only a few hours old, with her umbilical cord still attached. She was rescued by a passerby and taken to the Sloth Sanctuary of Costa Rica. This photo was taken after she had been cleaned up and given a warm blanket to snuggle into.

You might not recognize this sloth, but scroll down to see her transformation!

This is Mira around 8 months later. This photo was taken by Sloth Sanctuary volunteer Anne Goodall and was first used in the ‘Save Our Sloths’ fundraising campaign 8 years ago. The image went viral and has since appeared on everything, from bumper stickers to billboards.

Unfortunately, this photograph is also one of the most illegally replicated images (did you know that it is against the law to use somebody else’s photograph without their permission? Even if you paint or draw it!) Lots of people and companies sell merchanidse featuring this image without getting Anne’s permission!

Jewel was rescued as a baby with a broken arm by the Sloth Sanctuary of Costa Rica. Her arm was placed in a cast to aid with the healing process (today Jewel still has a bump in her arm where the bones were broken). Jewel and SloCo founder, Dr Rebecca Cliffe, have a close relationship. For a full year, Rebecca monitored every aspect of Jewels life in order to collect data for her PhD (including checking her body temperature every 3 hours for 8 continuous months – day and night)!

Esmerelda and her baby, Peanut, are wild three-fingered sloths living in the rainforests surrounding the Sloth Sanctuary in the South Caribbean. SloCo founder, Rebecca, alongside photographer Suzi Eszterhas, followed Esmerelda and Peanut every day for three weeks. In this well-timed photograph, Peanut is around 2 weeks old and is learning from mom which trees are the best for eating.

Ali & Jessica: the most famous mom and baby!

Ali and Jessica miraculously survived after being hit by a car on Valentine’s Day 2015, with this photo becoming one of Suzi Eszterhas’ most popular pieces. Ali and Jessica are also available for symbolic adoption on our website. To capture this image, Suzi had climbed a tree and accidentally sat on a termite nest. The ants in her pants were worth it though!

Ella (left), Shilo (middle), and Poko (right) are three orphaned babies who became best friends during rehabilitation at the Sloth Sanctuary of Costa Rica. They would spend all day snuggled up together like this in a bucket in the baby nursery.

Last (but certainly not least), we have Jessica again! In this photo, Jessica is around 5 months old, and her mother, Ali, is estimated to be over 25 years old.