A month to remember…

June has been an emotional rollercoaster for Team Sloth. We sadly witnessed some of the most cruel, greedy, and reckless sides of humanity, but we also managed to achieve some fantastic breakthroughs for sloth conservation.

The month started with us discovering that one of our sloth study sites had been completely (and illegally) deforested. One of the few remaining green areas in the South Caribbean cleared for development and profit – leaving countless sloths homeless and stranded.

One sloth was trapped on power lines, while 4 others were found sitting on the ground in isolated bushes surrounded by dogs (including a mom with a small baby). All of them had to be relocated to a nearby patch of forest.

We saw other sloths pushed into tiny remaining forest fragments surrounded by roads and concrete. 5, 6 sometimes 7 sloths all trying to share one tree and fighting over space.

And to top it all off, we then found two violent and drunk men attacking a female sloth with her newborn baby – and when we tried to intervene, they got aggressive with us. There was nothing we could do except alert the relevant authorities and hope they eventually stopped.

Thankfully, after what felt like an eternity, the men left her alone and she was able to climb safely back up the tree. Although she was clearly very frightened and stressed out, she didn’t appear to have any physical injuries.

While situations like these often leave us feeling utterly hopeless and deflated, we will not give up. We must remember that meaningful and permanent change takes time, and saving sloths isn’t just about working with the sloths themselves. We have to consider the ecosystem as a whole – and that includes humans.

It is after witnessing heartbreaking moments like this that we feel more determined than ever to push forwards with our projects and fight for a brighter future. Thankfully, the rest of June was much less gloomy (but equally as chaotic – as usual)! 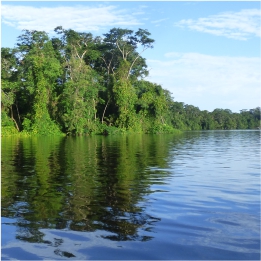 Last month we expanded our sloth conservation efforts to include Tortuguero (where there is no road access, and 3000 dogs live alongside just 1600 people). We ran a major dog castration and vaccination clinic, built some Sloth Crossing bridges, gave education materials to the local children, and also hosted a beach clean-up event! In case you missed our previous newsletter, you can read about it here.

June is Pride Month, and here at SloCo we celebrate and love diversity! We are a diverse team with people from different identities, backgrounds, ethnicities, and nationalities. Ames is one of our volunteers for the Urban Sloth Project and he has written this short (and very entertaining) blog describing a day in the life of a volunteer at SloCo!

As we continue with our mission to reduce the number of dog attacks on wild sloths, we held two more major castration clinics this month to spay and neuter dogs in the Caribbean. Over the course of one day, Team Sloth castrated over 70 dogs from rural indigenous territories – which brings our grand total to almost 200 dogs spayed and neutered in the last 2 months!

Where the Jungle meets the Sea

This month we embarked on a major reforestation effort along the beaches of the South Caribbean in collaboration with local non-profit Coral Conservation. With the help of 40 volunteers from the local community, we planted over 200 sloth-friendly trees along the beach to mitigate the impacts of ocean erosion and global warming on coastal sloth habitats!

This month we received official permission from the Costa Rican government to install 20 new wildlife bridges in public areas along the beach in the South Caribbean. This important strip of the forest is protected by law and is home to a large sloth population but has recently become fragmented due to coastal erosion and illegal developments!

This month we expanded our Urban Sloth Project by adding FOUR new feisty sloths to the mix! We will introduce each sloth’s story in a separate newsletter next week, but the four newbies include Arthur, Mango, Nacho, and Baguette (there is apparently a food theme emerging with our sloth names)! They all live in different levels of “urban” habitats and will be teaching us a lot over the next 2 years!

As always, it was not all sunshine and sloths this month! Here are our favorite fails of June…. because we believe that success stories are not the only kind that needs to be shared!

Are you afraid of spider… monkeys?

While dangling over 30 meters in the air installing a Sloth Crossing, Team Sloth’s Tamara had a very close encounter with a troop of angry spider monkeys. Thankfully she managed to make a quick descent from the canopy using the safety ropes  – you can never say it’s boring working for Team Sloth! You can read the full story here.

This massive slingshot is crucial for installing wildlife bridges as it helps us to launch the ropes high in the trees. For Team Sloth’s trip to Tortuguero this month it was the most important item on the packing list… but of course it was the only item we forgot! Thankfully, our creative team managed to build those bridges anyway!

Stuck in the mud

Working in the jungle is never easy, which is why we need to use all-terrain vehicles. Unfortunately, the slippery jungle mud and heavy rain proved too much for the SloCo 4×4 this month and we spent a lot of time stuck in the mud (of course this happened at the most inconvenient time possible while all the sloth action was unfolding)! 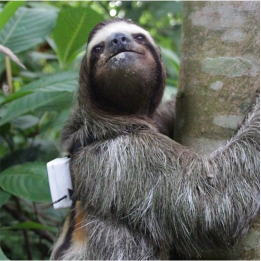 Tracking Urban Sloths might sound easy, but we quickly discovered that is not the case. One of our new sloths has made the questionable decision to live in trees surrounded by a stinking swamp and a rusty barbed wire fence. While trying to reach her, I got myself tangled in the fence and needed to get an emergency tetanus shot!

I hope you enjoyed reading about our highs (and lows) this month. While June undoubtedly started off on a bad note, we certainly ended on a positive and we are determined to continue moving forwards and doing everything in our power to make a difference.

We couldn’t do it without you – so thank you for your ongoing support. We will be back with more updates soon, but for now, I hope you have a wonderful weekend!

All the best from the jungles of Costa Rica,