In this episode of “sloths vs” we are taking a look at another member of the Xenarthra; the anteater. Anteaters are in fact the sloth’s closest living relative, though by “close” we don’t actually mean very close.

The most obvious difference between sloths and anteaters is that sloths eat leaves (which is what the suborder Folivora means in Latin) whereas anteaters eat insects, which is why their scientific suborder is named Vermilingua, meaning “worm tongue”.

Wait, what? Are anteaters actually Harry Potter villains or something?

Actually, they get the name Vermilingua not from their diet but from their very, very long tongues, which are anchored somewhere around their breastbone and can be up to 60 cm (2 ft) long.

In case this isn’t weird enough, their tongues are also covered in backward-facing spines, probably to make up for the fact that they have no teeth, so the tongue just has to do all the work itself,  and extra sticky saliva for lapping up all those ants and termites. They can also flick their tongue back and forth about 150 times per minute. That’s more than twice per second!

The sloth, we are happy to report, has a normal-looking tongue that mostly stays inside their mouths, is lacking in spines and gluey secretions of any kind, and looks incredibly pink and cute when they are babies.

Like sloths, anteaters have a cooler-than-average body temperature that can fluctuate by a large margin. They both have poor eyesight that is compensated for by an excellent sense of smell, and all species of anteater except the giant anteater are, like sloths, excellent tree climbers. This is helpful because in the jungle there are a lot of bugs in trees, especially termites and other social insects that the anteater prefers.

The tree-climbing anteaters (which are the northern and southern tamandua and the silky anteater) all have long, prehensile tails, as compared to the sloths, of which only the three-fingered have a tail worth talking about, and it is short and stubby. It doesn’t help at all with climbing trees, though it does help with going to the toilet. 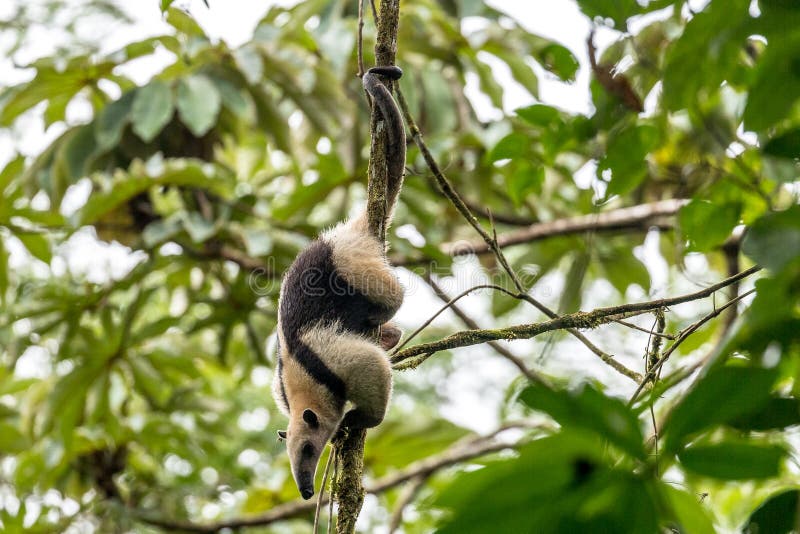 For all their differences in appearance, the sloth and the anteater actually have quite a lot in common. Finally, it would be remis of us not to mention another very important similarity in the Pilosa suborder, which is that anteaters and sloths both make very poor pets.

They have specialized diets and require wild, natural environments to thrive. Also, the giant anteater has been known to kill people. It’s pretty rare (in fact, only three people in recorded history have died this way) and in all cases, the anteater was found “not guilty by reason of humans being incredibly dumb”, but those claws are no joke, and giant anteaters can weigh up to 50 kg (over 100 lbs), so don’t mess with them.

(Sloths have never been known to kill humans, which proves that either they are kind creatures that mind their own business, or else that they are secretly very deadly and we just never find the bodies.)

Sadly, just like sloths, the illegal pet trade affects both sloths and tamanduas. In the case of both northern and southern tamanduas this is a big problem, according to Dr. Aurnaud Debiez from the Instituto de Conservação de Animais Silvestres (ICAS) in Brazil.  Both species are in high demand in countries like the United States where the legislation about wildlife as pets desperately needs to be updated to address current trends and threats.

Open arms for a hug?

Another common misconception about sloths and tamanduas is the idea that they open their arms for hugs. For both species, this open-armed posture is actually a response to feeling stressed or threatened: it makes them look bigger and keeps their claws out and at the ready. So if you see one of these animals with their arms spread wide, they aren’t looking for a hug, they are actually asking for space!

How to help sloths and anteaters

In fact, if you like sloths and anteaters, the best way to support them is to help make sure they have a home to live in! The wildlands of Central and Sloth America are home to sloths, anteaters, and so many more species that we literally haven’t even discovered all of them yet. We haven’t even discovered all of the sub-species of sloths and anteaters yet, and more research is urgently needed.

The giant anteater, like the maned sloth, is classified by the ICUN as “vulnerable” (which means they could use our help), while the arboreal anteaters as well as the brown-throated, pale throated, and both species of two-fingered sloths are listed as “least concern” (and we’d like to keep them that way). The pygmy sloth is critically endangered, which means they need protection right away.

Let’s work together to keep these strange creatures happy in their homes. Save the forests, and save the world!