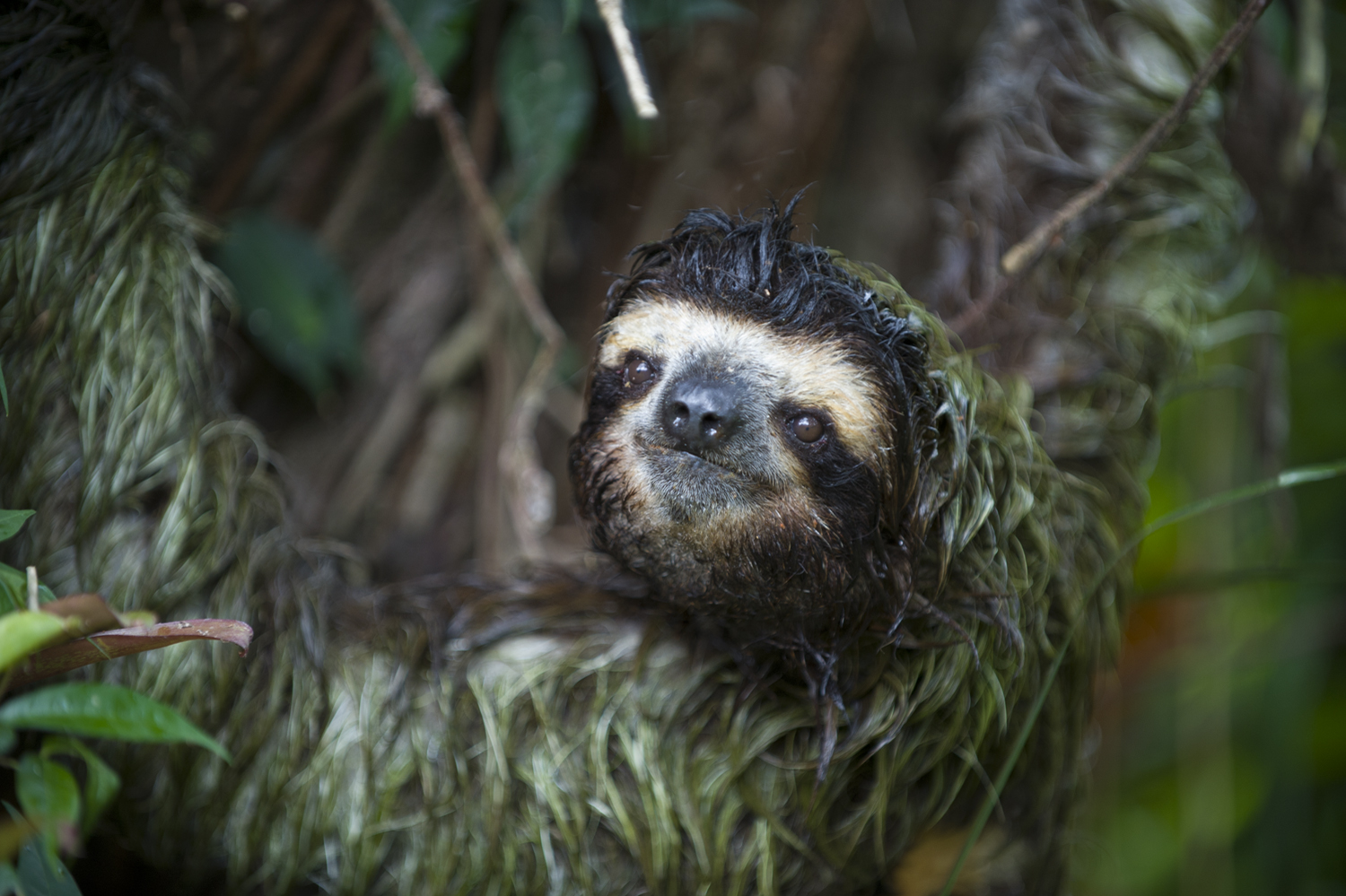 The Sloth Sanctuary of Costa Rica have now received 9 orphaned baby sloths showing birth defects and other institutions such as the Jaguar Rescue Centre are reporting a similar trend. The affected sloths have all been C.hoffmanni infants originating from the Limon province on the Caribbean Coast of Costa Rica. The deformities have all been strikingly similar; missing fingers/toes, malformed ears, misshapen limbs and partial or full albinism. High numbers of birth defects like this in any population are a warning sign that something is seriously wrong. We suspect that the deformities are the direct result of either extensive habitat fragmentation, or the excessive use of pesticides for agriculture. However, before we can develop any targeted conservation strategies, we have to identify and fully understand the root cause of the problem – and that means completing the necessary genetic research.

You might remember that last year we ran a successful Indiegogo campaign to fund urgent research into the genetic health of wild sloth populations. As a result, we were able to collect data and hair samples from over 300 wild-born sloths (both two-fingered C.hoffmanni and three-fingered B.variegatus) originating from over 97 different regions in Costa Rica. This is a far larger sample size than has ever been studied before and it will undoubtedly provide us with the answers that we need.

Regardless of whether the observed deformities are due to habitat fragmentation or pesticides, one thing remains glaringly obvious – this is not a problem that will fix itself. In fact, with the human population booming to unprecedented levels, the problem is growing rapidly worse. In the 11 months since our first fundraising campaign ended, the Sloth Sanctuary of Costa Rica received an additional two deformed baby sloths, and the Jaguar Rescue Centre received their first orphaned juvenile showing partial albinism. Perhaps most concerning though is an email that we received from the Panamanian Government. They were requesting our help because of the sheer number of deformed baby sloths being found in their Cerro Ancón reserve: 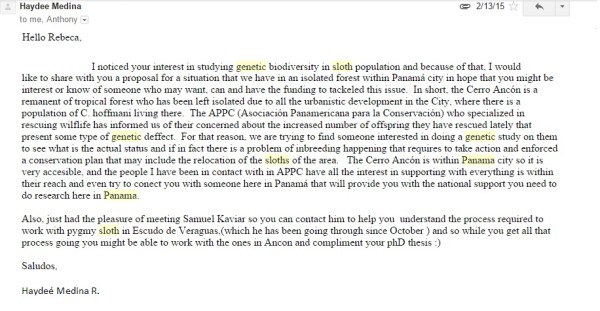 In short, if we want to mitigate this problem, we must act now.

At the end of last year we were able to export the 300 hair samples and we recently just completed another successful Indiegogo campaign to fund the laboratory costs of genetic analysis. We now have everything that we need and the research is underway. We hope to have the initial results ready within a few months and then we can begin developing targeted conservation strategies to mitigate the problem.