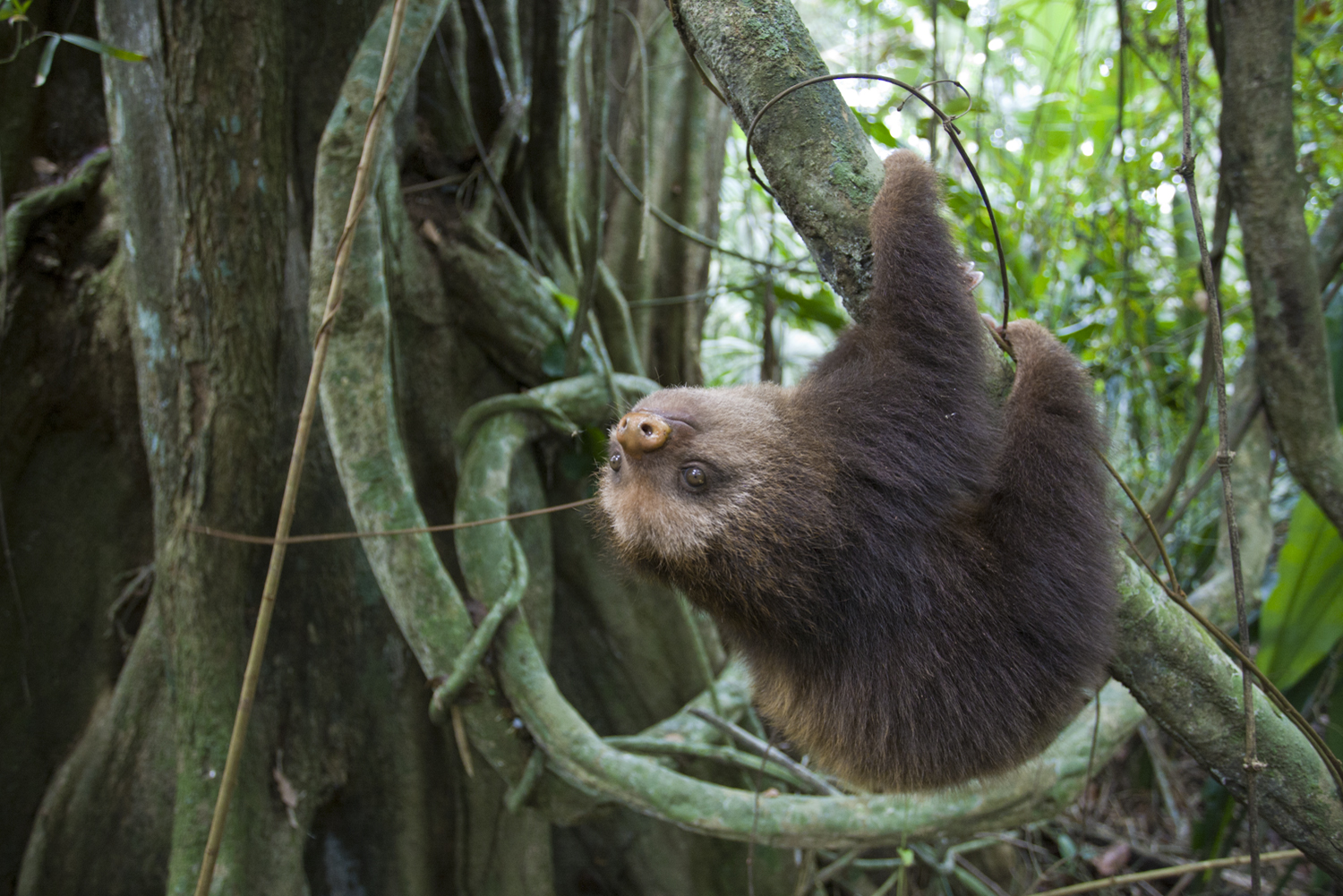 Sloth populations across South and Central America, like many other animals, are under threat from unprecedented levels of habitat loss. There is no way to escape the fact that 1-2 acres of rainforest land are cleared every single second. That means that in the time it has taken you to read this sentence, 8 more acres of rainforest have disappeared. Think how many sloths (among all of the other wildlife) would have been living in those 8 acres? It’s quite frankly alarming to say the least – up to 137 plant, animal and insect species are lost every single day due to rainforest destruction.

But what are the driving factors behind the massive amounts of deforestation? And what can we do about it? Can we even make a difference as individuals? The answer is yes.

What if I told you that you could personally save 30 sq. ft. of rainforest from being chopped down, 1,100 gallons of water, 45 lbs of grain and 20 lbs of CO2 every single day? And all you have to do is change the food that you eat.

It might come as a surprise that animal agriculture is responsible for up to 91% of Amazon destruction. That includes clearing land for both cattle grazing and to make space for the vast crop plantations for livestock feed. Furthermore, livestock and their by-products are accountable for 51% of all greenhouse gas emissions worldwide – in comparison, the entire transport sector (including cars, airplanes, and boats) account for just 13%. Even more surprising is that fact that nobody really knows about it. This issue receives virtually no media attention. How are we supposed to make a difference if we aren’t aware of the real problems? We have all heard about the terrible effect that the palm oil industry is having on the Indonesian rainforest – but animal agriculture is shockingly responsible for 5 times the amount of deforestation when compared to palm oil (26 million rainforest acres: 136 million rainforest acres).

The average American will nosh their way through an astonishing amount of meat each year (209 lbs / 95 Kgs), and the rest of the world is not far behind. There is no question that the current levels of meat and dairy consumption are completely unsustainable. As a population, we simply cannot continue in the way that we are doing. But what is the solution? Are we supposed to go completely vegan? And is that option sustainable in itself? I guess this is down to personal preference.

After having the issue of animal agriculture drawn to my attention, and having looked into it in more detail, the only sustainable way forward that I can see is to switch to a much more, if not entirely, plant-based diet. I strongly believe that the idea of vegetarianism / veganism doesn’t need to be strictly black and white. I think we can be “mostly vegetarian” or “mostly vegan” – flexibility and moderation are key. As long as we are drastically reducing our current level of meat and dairy consumption then we will be heading in the right direction.

In conclusion, I don’t think any human can claim to be an environmentalist (or even particularly environmentally friendly) whilst regularly eating meat. There is no denying the facts, and unfortunately a meat based diet has become an unsustainable option. However, I also don’t believe that we all have to become strictly vegan in order to make a difference. I personally am going to follow a mostly vegetarian / vegan diet moving forwards – I would see myself as a hypocrite to dedicate my life’s work to sloth conservation, whilst significantly contributing to the destruction of their habitat every day with my personal food choices.

Of course there are other, smaller, drivers of deforestation which also play a significant role in the loss of sloth habitat. One in particular that I know has a huge negative impact on sloth populations in Costa Rica is the fruit industry. Huge mono-culture plantations of bananas, pineapples and watermelons now cut the once continuous rainforest into smaller and smaller fragments. Furthermore, these plantations are regularly sprayed with toxic pesticides well known to cause a whole host of diseases in both humans and wildlife. We have seen this first-hand in Costa Rica with baby sloths being born with birth defects all too frequently. The only advice that I can give on this issue is to buy organic fruits from small local farmers (avoid the big companies as much as possible – we are looking at you Dole, Chiquita, Del Monte).

It certainly isn’t an easy issue to tackle, but in order to safeguard the future of wild sloth populations, and indeed much of the life on this planet, we are going to have to make some drastic changes. Of course we can recycle and reduce our energy / water consumption on a daily basis, but this alone will no longer be enough.

If you would like more information on the topics that I have raised in this blog, or if you need some additional motivation to move away from the meat, I would highly encourage that you research the issue of animal agriculture further.

Here are some links and scientific publications that might be useful for you: