Sloths in the museum

Recently we visited Costa Rica’s La Salle Museum of Natural History, located in the capital, San José. With over 65,000 specimens on exhibition, this is one of the most complete collections in Latin America.

One of our favorite exhibits was the Entomology area, where you can see over 8,000 amazing butterflies, including many Blue Morpho Butterfly (Morpho spp.) samples. The famous Blue Morpho Butterfly shares its habitat with three-fingered sloths, depending on Sangrillo trees (Pterocarpus officinalis) for survival.

The museum has a variety of sections, the main attraction being the paleontology exhibit featuring towering dinosaur skeletons replicas, which are a favorite for all ages. Surrounding the dino enclosure are walls of brilliant minerals and prehistoric fossilized invertebrates (corals, arthropods), and vertebrates (fish, reptiles, birds, mammals).

The sloth, the bad, and the ugly.

The Mammals Exhibit has 400 taxidermy specimens of both local wildlife and non-native creatures. Taxidermy is the preservation of an animal’s skin over an armature or stuffing.

Natural history museums all over the world exhibit taxidermic animals as education tools, a way to record aspects of species. The majority of specimens are likely to have been prepared decades ago.

The word “taxidermy” comes from the Greek words “taxis” and “derma”, which means “arrangement” and “skin”. But seems like the arrangement of the skin of these animals hasn’t worked out quite as expected…

Aging is not good if you’re a taxidermied sloth

Most of the specimens on display at the Natural History Museum of Costa Rica are very old – some having been prepared over four decades ago!

Taxidermy techniques have changed greatly over the years, and unfortunately, animal specimens who were subjected to the older ‘stuffing’ methods have not stood the test of time.

These old representations are not in their best shape at all.  Nowadays, taxidermists implement ‘mounting’ methods, where the animal skins are removed and mounted on light wood or foam structures, and resulting in greater longevity for those pieces.

A way to see extinct species

The Harpy eagle (Harpia harpyja) is unfortunately considered extinct and in Costa Rica, only inhabiting isolated regions of Central and South America due to habitat loss.

One of the museums’ most impressive taxidermic animals is the Harpy Eagle preying on a two-fingered Sloth (Choloepus Hoffmanni).  This is one of the largest eagles on the planet and relies on sloths for their diets.

Sadly, this Harpy Eagle will be the only chance most of us will have to see one. The sloth itself isn’t in our top ten worst taxidermic animals, in fact, the body of the sloth is highly accurate. It’s the undeniable side-eye that gets us. 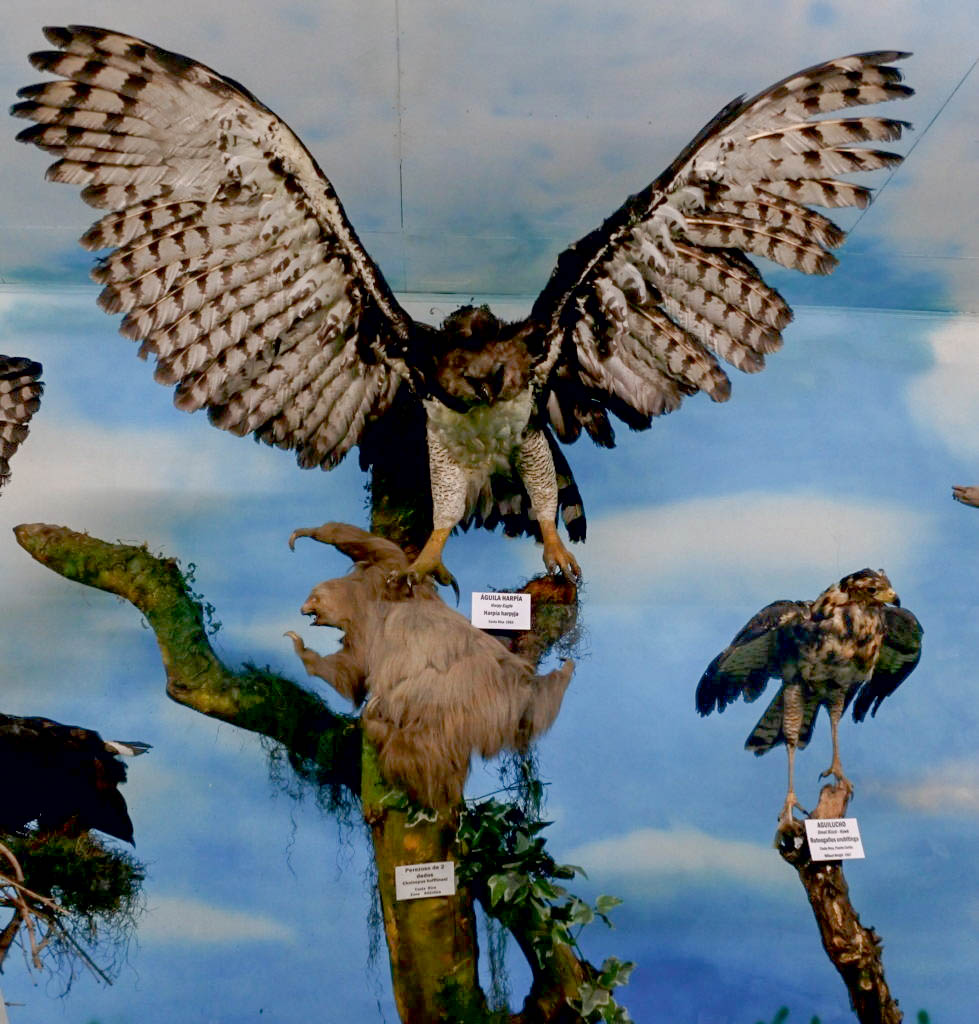 This form of preserving specimens began in England in the 19th century. Tanning – turning an animal’s skin into preserved leather – was common back then. Through these methods, the preservation of cataloged species became possible and was a great tool for naturalists.

On his 1831 voyage on HMS Beagle, Charles Darwin made his famous observations of the beak shape of finches across the Galapagos Islands.  He suggested that all had evolved from a common ancestor. Darwin preserved his Galapagos finches using the techniques John Edmonstone – a previously enslaved man from the Guyanas – taught him.

Preserving these specimens was crucial in support of his theory on the evolution of species through natural selection. You can see the specimens collected by Charles Darwin and Captain Fitz Roy at the Natural History Museum in London, England.

While the pictures we show you in this article are not the gold standard of taxidermy, the truth is that Museo La Salle has a great variety of collections. If you’re visiting Costa Rica, you might consider spending a morning learning about the animals of this country. To be honest the entomology and mineral exhibits make the visit totally worth it! 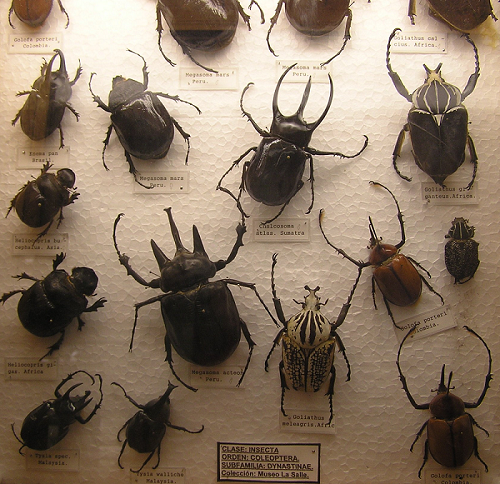 Never miss the chance to go to your local Natural History Museum!