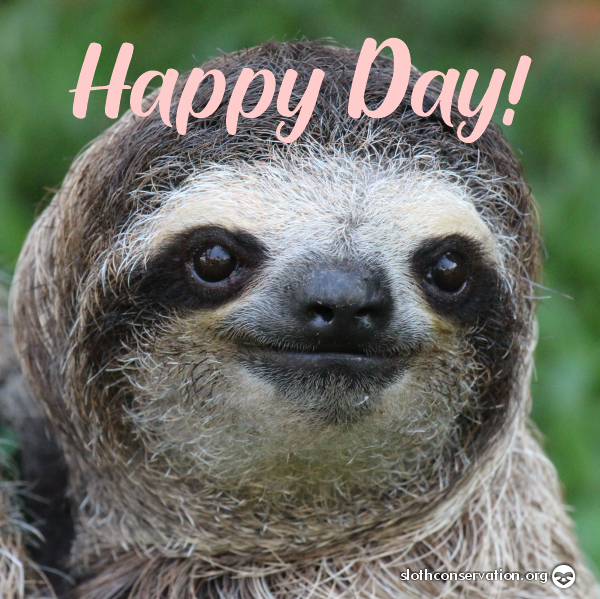 March On Our Social Media

the theme this year is “sustaining all life on Earth”. All species are dependent on each other for survival – sloths included! But what important role do sloths play? How do they benefit other species? Well did you know that sloth hair is home to a whole ecosystem that is found nowhere else on earth?

This includes several different species of fungi / algae, and a type of moth called the sloth moth! Fungi from sloth hair may also be closely linked to our own health and survival. Find out more about this important day and learn why saving sloths might also mean saving humanity: 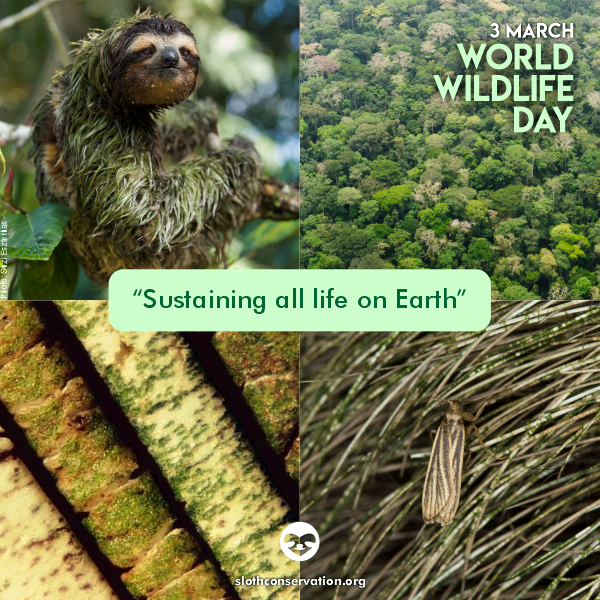 Today is #InternationalWomensDay and we want to celebrate the increasingly important role played by strong women in the world of wildlife conservation! We believe that empowering women in conservation is critical to achieving long-term success.

A growing body of evidence shows that increasing women’s ability to participate in managing their land and water is beneficial for both nature and people. It can empower women, increase employment opportunities and result in more positive outcomes for conservation.

Here at SloCo we are proud to have a team of strong women running our sloth conservation programs in Costa Rica! To celebrate this day, we have decided to highlight the efforts of 6 women that have changed the world: 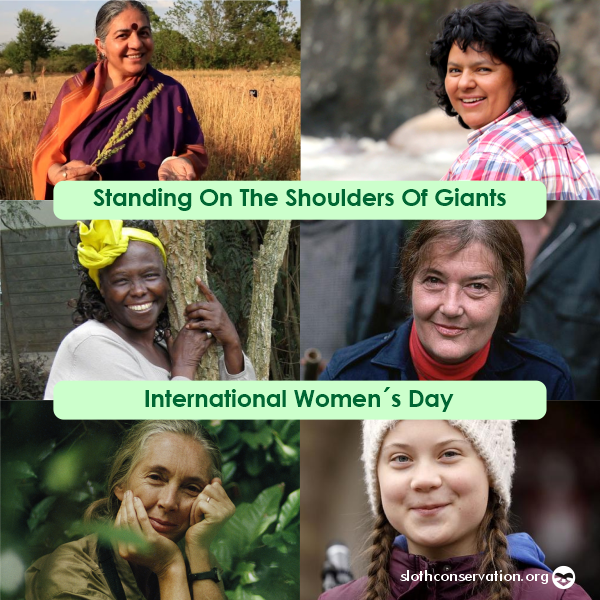 Did you know that there is an entire day dedicated to napping? It’s National Napping Day! Sloths are the undisputed nap champions of the world – it was thought for a long time that sloths do little other than sleep all day, but from our recent research, we have discovered that they actually prefer to spread their activity out over the full 24 hours! They like to take regular short naps that add up to about 10 hours of sleep in total

We fully approve this lifestyle choice. Mid-afternoon naps are an integral part of most cultures, and are scientifically proven to be good for you! 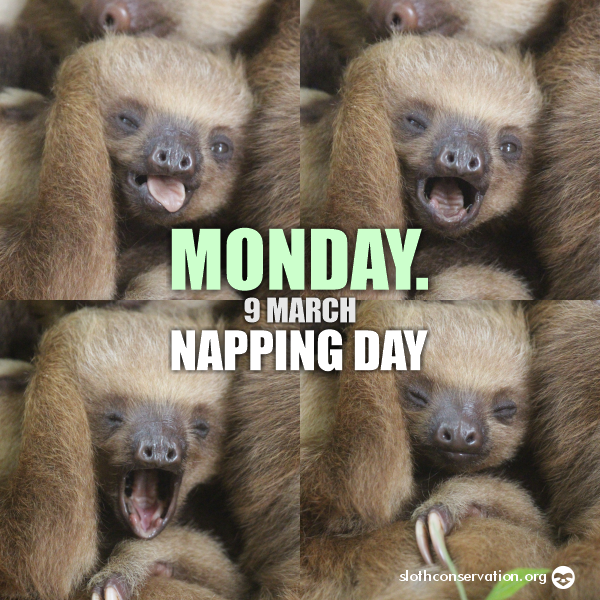 Have you heard the story about Apple and Pi? While today is ‘Pi Day’, this story has absolutely nothing to do with mathematics. Apple and Pi are a mother/baby duo that we studied for a very long time as a part of our research into wild sloth behavior. One day, Pi disappeared. At just 3 months old he was too young to survive by himself in the wild and so researchers presumed the worst. We continued monitoring Apple, but baby Pi never reappeared.

7 months later the same team discovered a small sloth sitting alone in a tree. They gave him a tracking collar and called this feisty little guy Bojangles. It took a few weeks before anyone noticed that Pi and Bojangles looked almost identical, but the resemblance was uncanny.

Several tests later and the team were able to officially confirm that Pi and Bojangles are the same sloth! We still have absolutely no idea what happened to Pi in the 7 months since being separated from Apple, but it turned him into quite a character. Bojangles is feisty, fierce and has taught us so much about sloth behavior!

Bojangles is also available for adoption – adopt him today to learn his full story (including photos of the transition from Pi to Bojangles):

Step away from the camera everyone – because today is international No Selfie Day (March 16)! Our addiction with taking perfect photos for social media is causing big problems for wildlife conservation – and sloths are one of the most affected species. Did you know that 70% of all sloth photos on Instagram show people hugging, holding or using them as a photo prop?

The facial structure and coloration of a sloth gives the appearance that it is constantly smiling – even if it is in pain or feeling stressed. When sloths are used as a photo prop for wildlife selfies or encounter experiences, people often accidentally confuse this feature for happiness.

As a general guideline – NEVER pay or participate in activities where you can hold or touch wildlife, avoid attending shows that exploit animals, don’t purchase animal parts (“trinkets”) as souvenirs, and don’t upload photos of yourself touching wildlife to social media. It doesn’t matter if they are “rescued” animals, animals living in zoos, if the animal “climbed on you willingly” or if the animal is “used to human contact” – always say no and keep your distance! As travelers and consumers we all have the power to put a stop to wildlife exploitation! Together we can do this.

Happy #stpatricksday! Most people will be celebrating at home this year, but we hope you have a brilliant day

Sloths are really the ultimate vegans, surviving on a natural diet of leaves, flowers, fruits and shoots in the wild! To celebrate with our leaf-eating friends, we have teamed up with Argentinian cook Andres Pacheco to develop the world’s first salad inspired by the diet of sloths! Check it out here and see how you can help to save sloths by just changing what you eat (you don’t need to be a vegan to do this!) 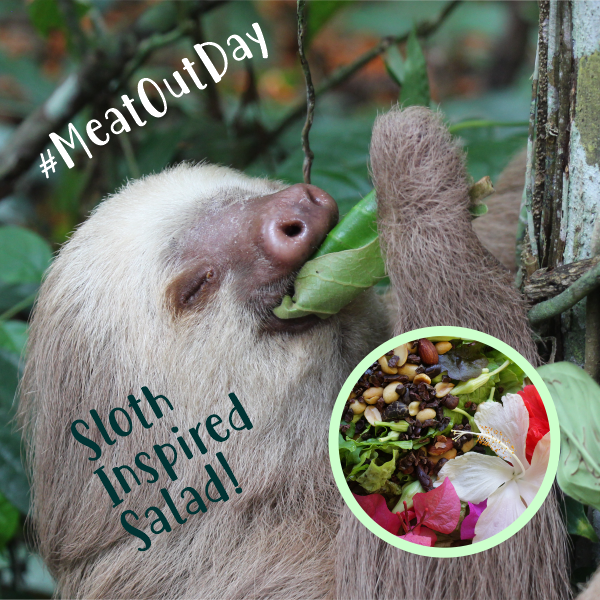 March 20 is the International Day of Happiness and this year’s theme is Happier Together, focusing on what we have in common, rather than what divides us. Do you know anyone who has something in common with a sloth?

Forests are vital for biodiversity, providing a home to 80 percent of life on land. Sloths can not survive without the rainforest ecosystem, but with millions of hectares of rainforest being lost every year, their survival is now under threat.

To combat this, we have hundreds of trees growing in our SloCo forest nursery, and we plant them in disturbed areas where habitat loss is threatening the survival of wild sloths! These trees will provide food and shelter for sloths whilst also fighting climate change.

If you haven’t tried this already, you can use our free carbon footprint calculator to work out exactly how many trees you need to plant to offset the carbon emissions produced by your lifestyle! Check it out and make your difference today: 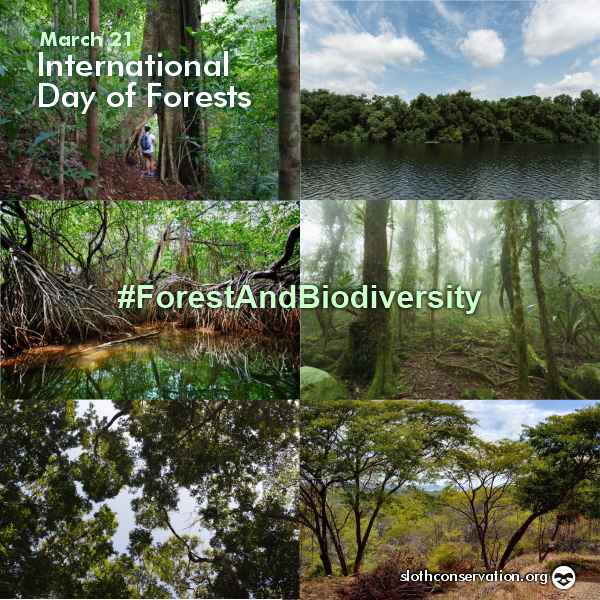 Mother’s Day has arrived in the UK and it’s time for all mums (human and sloth) to kick back and enjoy doing absolutely nothing for a change! 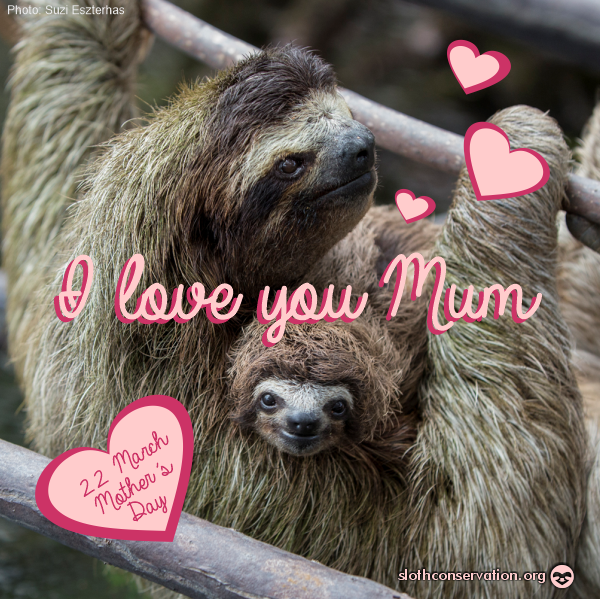 Have you ever thought about how climate change might be affecting sloths? The tropical rainforest ecosystem where sloths live is drying up. The regular downpours that keep the rainforest lush and green have become irregular and short. Rivers that normally flow year-round have become seasonal streams, and temperatures are gradually increasing and becoming more extreme.

Tropical species are not prepared for these new, erratic weather patterns. They have evolved for millions of years in a relatively stable climatic environment and are therefore very vulnerable to even small changes in temperature.

Sloths are unlike many other mammals because they are unable to regulate their own body temperature. This means that everything they do is dependent upon the weather. If it gets too cold outside, sloths can easily get hypothermia. If it gets too hot, they can overheat. Of particular concern right now is the lack of rainfall!

Sloths are being admitted into rescue centers all over South and Central America suffering from dehydration, and we are seeing a big increase in the number of sloths drinking from rivers! But what can we do about it? It can be easy to feel hopeless and overwhelmed – but please don’t ever underestimate the power that you have in your small day-to-day actions

Check out our list of 7 simple ways that you can help sloths today.

Join us and millions of other people around the world at 8:30pm tonight when we switch off our lights for 1 hour in support of our planet.

“Life is resilient when we give it the chance to bounce back.”