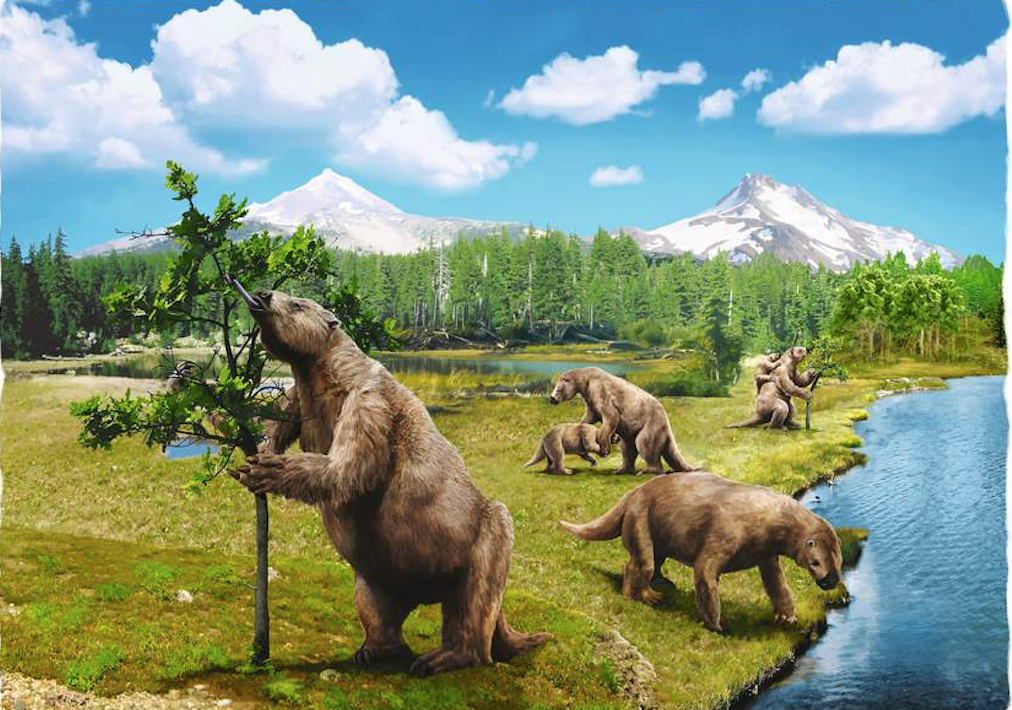 A giant sloth weighing five tons and whose height could exceed twice that of a human being was part of prehistoric Costa Rica seven million years ago.

A group of paleontologists is working hard to determine the characteristics of this giant sloth to see if it corresponds with previously described species – or whether it is completely new to science!

This is part of a project that started in 2003 in San Gerardo de Limoncito, Coto Brus, about 11 kilometers from San Vito. In this area, the researchers searched for bones and fossils of different species.

For more than a decade, Ana Lucía Valerio, coordinator of Geology at the National Museum, and César Laurito from the National Institute of Learning (INA) searched and analyzed more than 2,600 samples of bones from dozens of different species that appeared throughout the expeditions.

“When I decided to go for paleontology, no one cared for something to appear here. Venturing out to find mammals was unthinkable. They told us ‘you are looking for little bones, it is not important, but the finding makes the world look again and say ‘something is happening here, something we did not expect and that is changing the vision of biological exchange'” Laurito explained.

This region is important because it provides further proof that Central America served as a bridge for animals to cross from South America to North America and vice versa.

“We are talking about something very old. The Isthmus only closed about 3.5 million years ago, but these sloths lived seven million years ago. So how did these giant animals from South America get to southern Costa Rica if they had no adaptations for swimming? It is possible that for a time there was a pass, a land bridge, for these animals to cross. This passage could exist for a short period of time, but for paleontology, a short period of time could be a million years ”

“In other words, species from South America are appearing much earlier than expected – by about four million years” he clarified.

In recent years, Valerio and Laurito have described many different species of prehistoric horses, camels, armadillos, and other types of mammals on Costa Rican soil.

However, they had a problem with the sloths’ material as they had no way to compare it. This type of research in paleontology is very new in Costa Rica, and so they formed a collaboration with Ascanio Rincón, head of Paleontology at the Venezuelan Institute of Scientific Research, who has been studying these prehistoric giants for many years.

Rincón helped to complete the next part of the analysis: determining what kind of sloths they are. All of the bones were found at the same site, but they accumulated during different years of searching.

“There is no record of these animals in North America until much later. What prevented them from crossing? Or what did they find here that made them stay longer without moving?” Rincón wonders.

For this new analysis, all bones must be photographed, measured, analyzed, described and compared with the bones of other giant sloths. After all of this, important aspects of these populations can be determined.

“Now we have to do the hard work, which is to compare it with the rest of the 14 or 15 genera that exist and determine who it resembles the most and who it resembles the least and see if we are dealing with a new species,” said Rincón.
This is not easy. It is very difficult to find complete bones and so they only have small samples from which to draw conclusions.

“This is not how it looks in the movies. Not that it was just brushed off a bit and there it all appeared. We had to chop very hard rocks to be able to remove this. It took a lot of strength, a lot of searching, and sometimes bones of some species appeared, while sometimes other bones of other species. What we have today was put together and gathered over several years ”, Laurito indicated.

Rincón added: “It is hard to be able to know what is happening with only 15% of the body; how to put this puzzle together? In this case, we do have material from various types of bone that help us to better understand the panorama”.

The researchers reported that at least three individual sloths have been found as they discovered three bones of the same type but different sizes (ages). This indicates that these giant sloths may have traveled in a herd or as a family.

What do we know about this animal?

Although it is difficult to properly visualize what these extinct sloths looked like, scientists do have some ideas!

For example, it is known that they walked on the soles of their back feet and on the knuckles of their hands. The front claws were very strong and were probably used for digging. Furthermore, due to their massive size and weight, these sloths probably did not climb trees!

Their teeth were so strong they could feed on wood and other hard materials. These teeth had a remarkable ability to regenerate from the wear and tear that was incurred when chewing. In fact, chewing was essential to prevent the teeth from overgrowing and causing problems!

Giant sloths are known to have been social animals, possibly living in large herds or family groups. 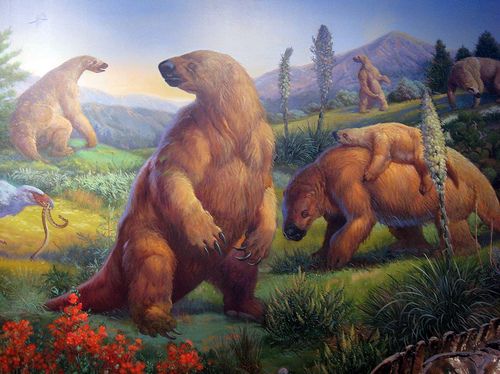 The importance of the discovery

Within these discoveries, there could be now-extinct species that are new to science.

“The fossil hunter does not kill his prey, he resurrects it. We resuscitate that dam that we are looking for in order to get to know it and for people to know it” said Rincón.

Why is this important? Rincón was emphatic: “This type of knowledge helps us to understand who we are, where we came from, and it gives identity to the Isthmus. We cannot judge a book by its last page, we must see what comes before, and that is why it is necessary to study paleontology ”.