You may be surprised that only two of the six species of sloths are considered threatened with extinction by the International Union for Conservation of Nature (IUCN), who the vast majority of the scientific community consider having compiled the most comprehensive and reliable information source of population counts and risk levels facing flora, fauna, and fungi.

There has never been a more important time for conservation action, with a UN report declaring that over 1 million species are now at risk of extinction. The loss of species and habitats now poses as much danger to life on Earth as climate change does.

Species are classified by IUCN according to their conservation status, ranging from Least Concern to Extinct, by assessing:

Reasons for the decline of sloth populations

Ultimately the decline of sloth populations is due to deforestation and urbanization, which have resulted in a multitude of risks for sloths. Due to habitat loss sloths are coming down to the ground more frequently, and are therefore vulnerable to dog attacks, car strikes, and poaching. 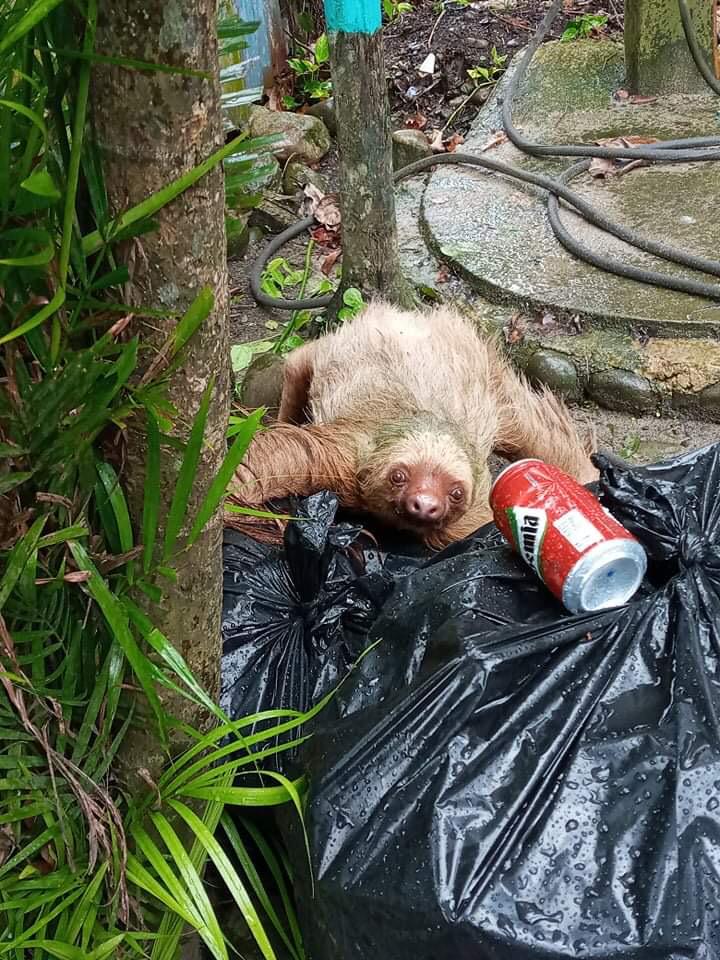 With canopy fragmentation, sloths are using powerlines to move around, which easily leads to electrocutions, and in areas where rainforest fragmentation is so severe genetic bottlenecks are occurring.

The maned and the pygmy sloth

The difference between these guys and the other four sloth species is that the Pygmy and Maned Three-Fingered sloths are endemic, only existing in small areas, thereby have a small population due to their limited geographic distribution. The Two-fingered species and other two Three-fingered species have considerably larger habitat ranges, so while the destruction of the rainforest and constant urbanization of sloth habitats affects all sloths, the effect is far more profound on these much rarer animals.

The maned sloth is a bit of an oddball – a species of three-fingered sloth that boasts a mane like a lion! These elusive creatures (which look remarkably like a coconut with a mullet) now only exist in a tiny strip of Atlantic forest on the coast of Brazil and are currently listed as vulnerable.

There is also some evidence to show poaching for both food and the pet trade are contributing to the problem. The maned sloths are larger and more aggressive than the other species of three-fingered sloth, and they are the only species in which males do not develop a brightly coloured “speculum” (an orange patch of fur on the back) at sexual maturity!

Why is the maned sloth considered an endangered species?

The maned sloth is declared ‘vulnerable´ mainly due to its restricted geographic range, resulting in the canopy fragmentation and urbanization effects having more immediate and dramatic results on the individuals as well as the population.

The known populations of Maned Sloths are in restricted and discontinuous regions in Brazil (Bahia, Espírito Santo, and Rio de Janeiro). Their estimated area of occupancy, based on the remaining forest within its range, is less than 1,000km2.

It’s unknown how many individuals of maned sloths are left in the wild. They are much shyer, and so well camouflaged to their environment that SloCo founder, Dr Rebecca Cliffe, spent two weeks searching for these guys and only caught a glimpse of one. More research is required about population size, distribution, and trends, life history, ecology, among other aspects of the species (keep your eyes peeled for some exciting SloCo news regarding this!).

The second endangered species on our list is the pygmy sloths. These are the smallest (and cutest?) species of three-fingered sloth and can only be found on a remote, uninhabited island off the coast of Panama. They were only identified as a new species in 2001 and are most famously known for their swimming abilities.

They are thought to be approximately 40% smaller than their mainland counterparts and although the population size remains unknown, these little sloths are considered to be one of the most critically endangered mammals in the world. They average around 3 Kg in weight and are approximately 24 inches long, looking very similar to the brown-throated sloth.

Why is the pygmy sloth a critically endangered species?

According to UICN ‘Endangered (EN), is a designation applied to species that possess a very high risk of extinction as a result of rapid population declines of 50% to more than 70% over the previous 10 years (or three generations), a current population size of fewer than 250 individuals’

The Pygmy Three-Fingered sloth inhabits a much smaller area the Maned Sloth – the area of Escudo Island is only slightly more than 4km2!

According to the last official account made in 2012, there were only 79 individuals left on the island.

We can still protect these sloths!

While this is shocking, we still have good reason to be optimistic. Every single person has the power to save endangered species. The way that each of us shops, eats, and the small choices that we make in our everyday lives all influence the likelihood of many species surviving. Please don’t ever underestimate the collective impact of your daily actions!

If you would like to know what YOU can do to help save sloths from extinction, we have compiled a list of 7 simple ways that you can help sloths today!

If you would like to make a gift to support our work during these uncertain times, any contribution is greatly appreciated. Donations, symbolic sloth adoptions, and merchandise purchases all help us in our mission to protect sloths.