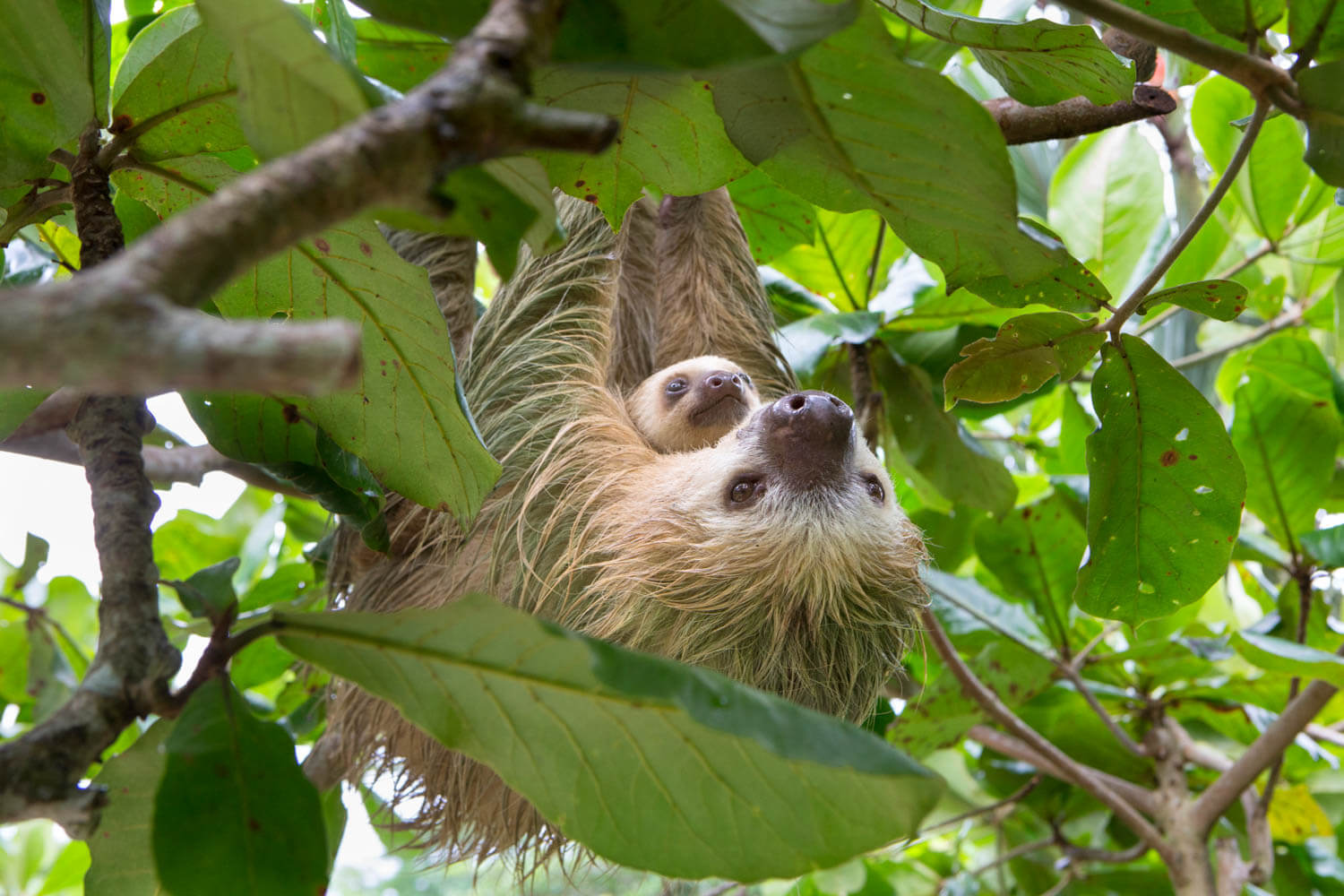 A recent media splash advertising “sloth sleepovers” has drawn our attention to the alleged “Sloth Sanctuary” in Portland, Oregon. While this centre has been on our radar for some time, we are growing incredibly concerned by the threat that this institution poses. The “Zoological Wildlife Conservation Center” promotes itself as a “highly specialized endangered and delicate species Wildlife Conservation Center” which is focused on “captive husbandry research” of sloths. While all of that sounds wonderful on the surface, there are a number of major flaws in their operation.

Sadly, the center receives great reviews from happy guests who have managed to fulfil lifelong dreams of hanging out with sloths. We are confident that the reviews wouldn’t be quite so glowing if visitors could see the true behind-the-scenes workings. Sloths across South and Central America are suffering in unimaginable numbers due to habitat loss, electrocutions, road collisions, dog attacks, poaching…etc. True rescue centres are voluntarily working tirelessly around the clock to mitigate the impacts of this, often without receiving any government funding. It is somewhat sickening for us to witness such pain first-hand on a daily basis, whilst some institutions are blatantly contributing to the problem by cashing in on the popularity of sloths.

So, what can we do about it?
This is where we need your help. The only way to instigate change in this situation is to raise awareness and share the truth. We urge you to share this post with your friends, family, and anyone that you think may be considering visiting the Zoological Wildlife Conservation Center. We also want to spread the message to media outlets who may have publicised this institution and relevant authorities who are allowing this to continue. Contact details for these people can be found at the end of this post.
It can be disheartening and depressing to discover that people with seemingly good intentions are actually instigators of the problem. This case in particular leaves a bitter taste in our mouths due to the scale of the deception. We promise that we will do everything within our power to prevent this from continuing and we are confident that, with your help, we can put an end to this abhorrent act.
“Never doubt that a small group of concerned citizens can change the world. Indeed, it’s the only thing that ever has” – Margaret Mead

CNN (recently produced this article on the center):